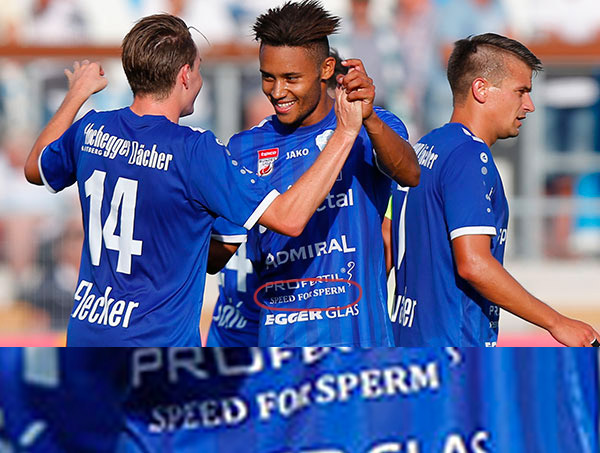 Here’s the shittiest kits so far. We’ll be updating these as we come across them in our very real and crippling addiction to FIFA.

Royal Panda and it’s pink. Definitely gets you on the list.

Someone went balls out Etch a Sketch on a shirt.

The hottest retirement fund kit in the game today.

Apparently Tony Macaroni is a bit Italian restaurant in Scotland. I hope Kevin Lasagna plays for them one day.

It says Computer Gross right on it. We’ve written about it before because it’s news you can use: Holy Shit There’s a Kit That Just Says “Computer Gross”

This kit says SPEED FOR SPERM on the SEVENTH logo on the FRONT of the kit.